When it comes to domestic violence crimes, a person can be charged with either a felony or a misdemeanor, depending on the circumstances of their arrest. There are some major differences between felony and misdemeanor charges in the state of California. In this blog, we explain some of these differences to help you understand the legal repercussions of domestic violence.

What’s the Difference Between a Felony and a Misdemeanor?

Felony-level charges are reserved for serious criminal offenses in California. Individuals who end up being convicted for felonies are usually sentenced to prison or are placed on strict probation. Consequences of a felony conviction also include:

Misdemeanors are crimes that are punishable by a one-year sentence in county jail. Those who have been convicted of a misdemeanor offense are also given informal probation and sometimes have to serve some time in jail as a condition of their probation. Similar to a felony, misdemeanor charges also have social consequences that can affect a person until the conviction is expunged from their record.

Some felonies are treated as “wobblers,” which means they can be charged as either felonies or misdemeanors. To determine which charges should be filed, prosecutors will consider the facts of the case and the defendant’s criminal record. Under California Penal Code Section 17(b) PC, a judge can choose to reduce a felony to a misdemeanor if the offense is a wobbler. 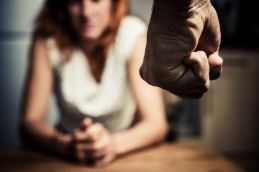 Defendants in domestic violence cases are often arrested on suspicion of corporal injury to a spouse under California Penal Code Section 273.5 PC. This statute is considered a wobbler offense. Before the defendant is arraigned, the detective for the case and the Deputy District Attorney will review the case details and decide what type of charges to file.

Is Domestic Violence a Felony in California?

In California, prosecutors usually file felony charges for domestic violence if there are injuries involved in the case or the defendant has a history of domestic violence offenses on their record. Punishments are generally increased if the victim suffers serious bodily injury because of the defendant’s actions.

As an alternative to felony charges, the prosecutor can also charge a defendant with domestic battery under California Penal Code Section 243(e) PC. Domestic battery involves physical contact without injury and is treated as a misdemeanor offense.

Is Domestic Violence a Strike Offense?

Under California’s Three Strikes Law, some cases of domestic violence can be counted as a strike. People who have been convicted for a strike offense face increased prison sentences and the charge can be used to enhance future convictions.

Discuss your domestic violence case in a free consultation today. Find out your options!