Providing the Skilled Legal Representation for Burglary Charges You Need 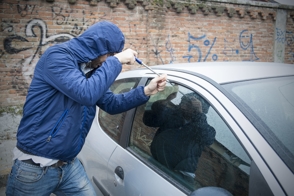 Burglary is one of the most common crimes in the state of California and, depending on the circumstances of the crime, the penalties one might face will vary greatly. If you are facing burglary charges, no matter how minor they might seem, it is wise to hire a burglary defense lawyer who is experienced in handling such cases as soon as possible to protect your rights and your freedom. At the Law Office of Dennis Kuntz, our San Bernardino burglary attorney is dedicated to representing the interests of his clients to ensure they receive the best possible outcome for their case.

For the aggressive legal representation you deserve, contact our office today at (909) 200-4045. We offer free consultations!

Types of Burglary Charges in California

In California, state laws establish two types of burglary charges, first and second-degree. First-degree burglary in California is defined as the burglary of an inhabited dwelling, such as a house, vessel, or other property that is designed for habitation at the time of the crime, even if no one was occupying the property at the time.

Penalties for burglary charges in California can include:

Possible Defenses for Burglary in California

If you are facing burglary charges, there is a range of possible defenses that might be applied to your situation, depending on the details of your case. Some of the defenses a San Bernardino burglary defense lawyer might consider for your case include:

What Is Burglary in the First Degree?

In a burglary case, one of the most important factors is intent. Possession of burglary tools, such as the following are generally treated as misdemeanors:

What are the Elements of Burglary in California?

Is Burglary Considered a Violent Crime?

Burglary of any commercial structure, automobile, or any other structure is not considered a violent crime.

If you are currently facing burglary charges, you need to act quickly to protect your rights and freedom. At the Law Office of Dennis Kuntz, our burglary attorney in San Bernardino understands what it takes to build a strong defense and will provide the level of representation you need to make sure you achieve a favorable outcome for your case. Do not leave your future up to chance. Secure the representation you need and deserve during this difficult time.

Ready to speak with a knowledgeable burglary attorney? Call our office at (909) 200-4045 to schedule a free initial case evaluation today!